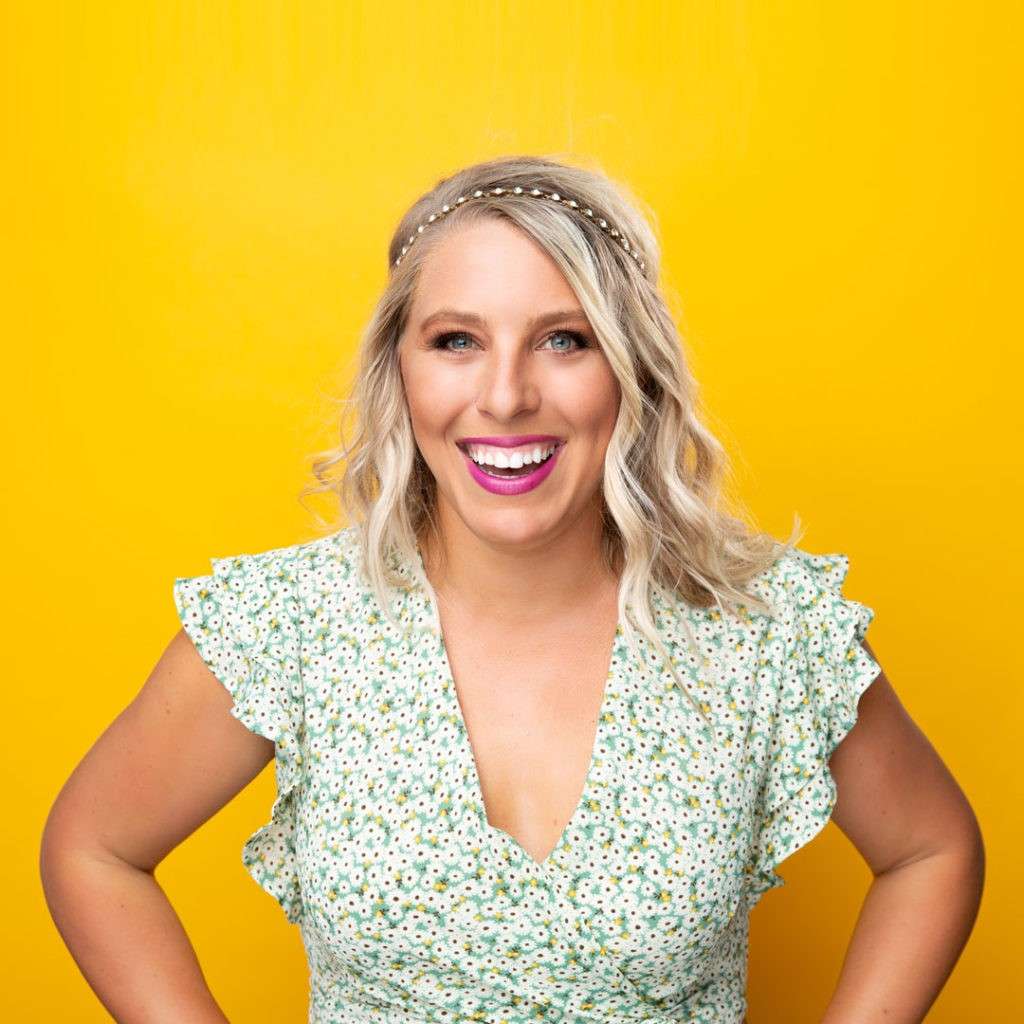 Are you ready to turn your speaking gigs into more than just a hobby? Turn it into income and add professional speaker to your bio! In today’s episode I’m sharing the two things that you need to start doing in order to transition from free speaker to paid speaker.

If you want to speak and get paid to do it, think of how your story serves, then sell it. Click To Tweet

How to Transition from Free Speaking to Paid Speaking (2:38)

Hey, everyone. Thanks for tuning in today. And in this episode, we’re going to talk about two things that you can do today to transition from being a free speaker to a paid speaker. So this is probably one of the most common questions that I get is how to make that jump. You’re speaking for free a lot and want to start getting paid and you should, but one thing I want to note before we jump into this episode is that I know that right now, a lot of live events are paused. We’re postponed, and it’s bringing a lot of quote “uncertainty.” I always feel like a commercial when I say that word, “during these uncertain times,” but it’s bringing a lot of uncertainty to the speaking industry and when these events are going to start coming back. But one thing I want to tell you is that speaking, as an industry, as a business is not going away. Let me say that again. Speaking is not going away.

In fact, I think that because of what we’re experiencing right now with COVID, that speaking is going to come back 10 fold, because we’re going to need more gatherings. We’re going to need more inspiration, leadership, messages of optimism and hope to help guide our future. And what I am predicting, if I’m looking into my speaking crystal ball is that events in the future might be smaller, but they’re going to be more frequent. So let’s say an event that is typically 3,000 people might be broken down into a few separate events of 300 people. So that means that we’re going to need more speakers. And so that’s why I’m so passionate about helping women tell their story as keynote speakers and get paid to do it because we need more women on stages.

So take a listen to this episode. Make sure you head to the show notes on businessonthebrightside.com, because I have a free keynote planner there for you guys, where you can learn to map out your keynote, tell your story, not just in a way that’s a cool story, but in a way that sells. So let’s get to it.

What’s up everybody? It is Jess Ekstrom and welcome to Business on the Bright Side, the podcast where you can learn how to make a living and make a difference at the same time. Life is short and so is my attention span. So let’s get started.

One of the most common questions I get is, “How do you transition from being a free speaker to being a paid speaker?” Great question. Because speaking, sometimes it might seem like something and you’re like, “Oh yeah, I’ll just show up for an hour and do it,” but that hour on stage can carry tremendous impact, such a ripple effect. People can learn so much from speakers, so you should get paid to do it. But I’ve noticed that there are two things that are the differentiators between being a free speaker and being a paid speaker. So that first thing is if you’re using your story to tell, or if you’re using your story to inspire others. Because a lot of people have a cool story. Maybe you’ve hiked Mount Everest, or maybe you’ve started a company or maybe you’ve overcome a challenge in your life, or whatever that might be that is the core of your story. You can get up there and tell it. And that’s great.

But a lot of times the people who are sitting in the audience are not going to do that thing that you’re talking about. Someone who’s climbed Mount Everest is probably not going to talk to a room of other people who have also climbed Mount Everest. Or, maybe someone who started a company like myself, I usually don’t speak to other people who have started companies. So the key is, how can you use your story and pull the messages and the threads and the meaning out of it to inspire others in their story? So maybe you talk about solving a problem, whether you did that with your business or whatever it is that you did. How can people in the audience use the same tactics and lessons in your story and apply it to theirs?

Because people aren’t paying speakers for a cool story. They’re paying them to provide an audience transformation. How are you leaving the people in this room better than when they originally showed up? So that is tip number one to transition from being a free speaker, to being a paid speaker is how are you using your story to serve and not just tell it. And the second one seems super simple, but you would be surprised how many people don’t do this but, are you asking for money? Are you asking for money when people are asking you to speak while you’re getting speaking opportunities? And here’s a really great way to do that. Usually people say, “Do you have a budget?” Which indicates the idea that maybe they might not and instead say, “What is your speaker budget?” Because then that means you’re saying, “I have a fee and I get paid to deliver this talk, so I’m not going to assume that you don’t have a budget. Just tell me what your speaker budget is,” because you will never get something that you don’t ask for, period.

So if you want to transition from being a free speaker, to being a paid speaker, do two things. One, position your talk so the story serves. How is your story affecting the people in the audience in their story? Two, ask for money. “My fee is blank,” because when you get some wiggle room around that, when you’re like, “Well, maybe I could do it for free or this and that,” your fee is no longer your fee. It’s a suggestion. I’ll leave you with this. If you want to speak and get paid to do it, think about how your story serves. Then sell it.

Thanks for listening to Business On The Bright Side. I’m your host, Jess Ekstrom. For all the show notes, head to businessonthebrightside.com and be sure to tell me what you thought of this episode on Instagram. And if you’re picking up what I’m putting down, subscribe and write a review wherever you consume podcasts. See you next time and keep Chasing the Bright Side. 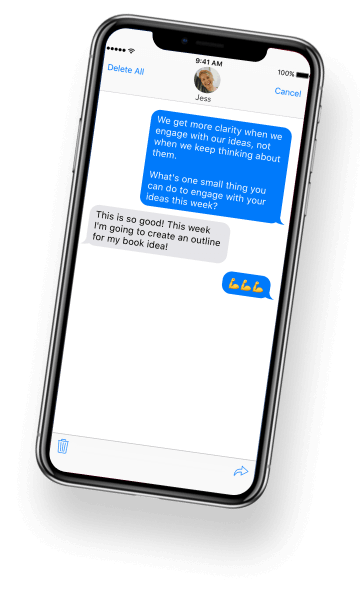 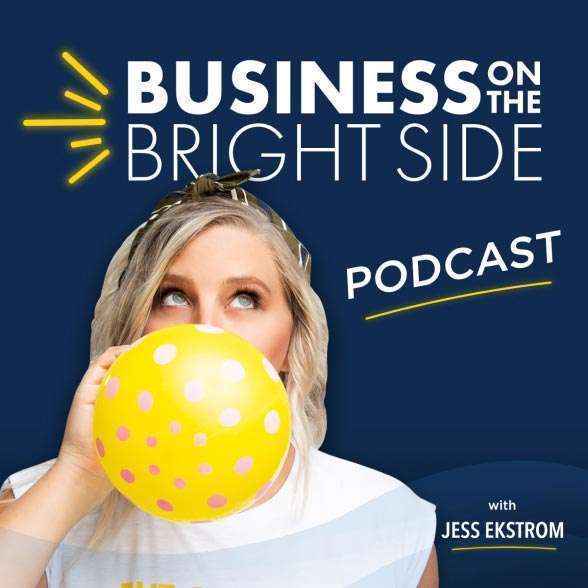 GET NOTIFIED WHEN EPISODES ARE AVAILABLE! 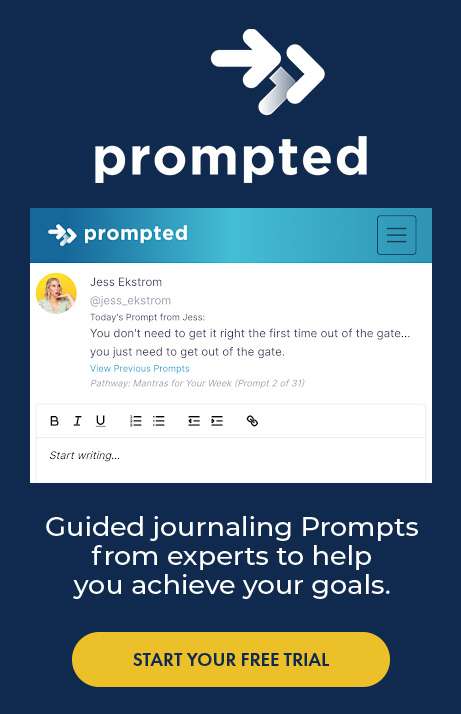 ← PREVIOUS: EPISODE 5: How to be Proactive Instead of Reactive in Your Business NEXT: EPISODE 7: 4 Storytelling Reminders → 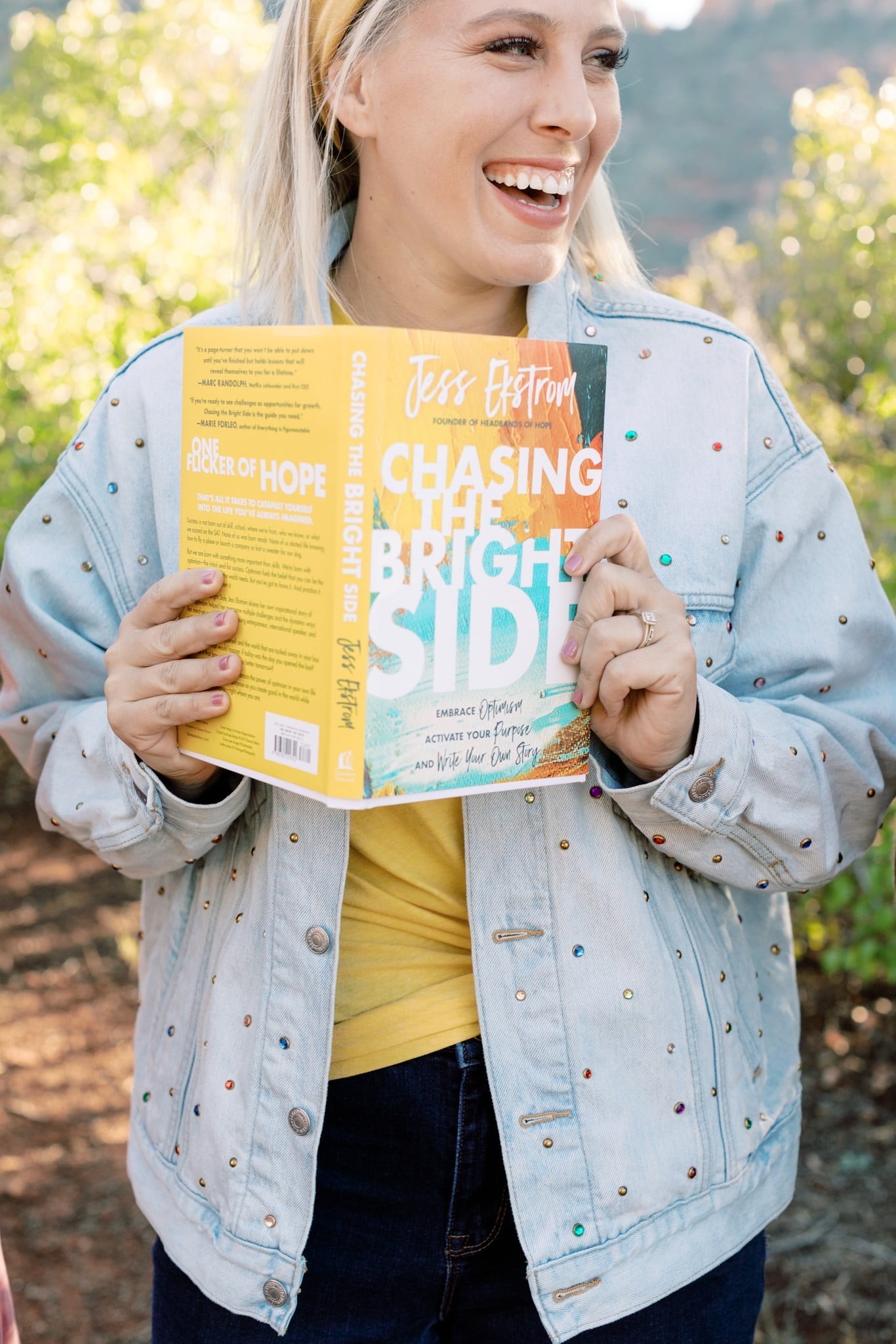 My first speaking gig was for a slice of pizza and now I’m a 7-figure speaker & author.

Everything I create is to help you tell & sell your story…so you can make a living and make a difference at the same time. Let me be straight with you – I’m not that perfectly filtered influencer on the internet that promises you the world and doesn’t follow through after that credit card is swiped.

My mission is to guarantee you two things

Enough about my story, let’s help you monetize your story by being a paid keynote speaker and author! 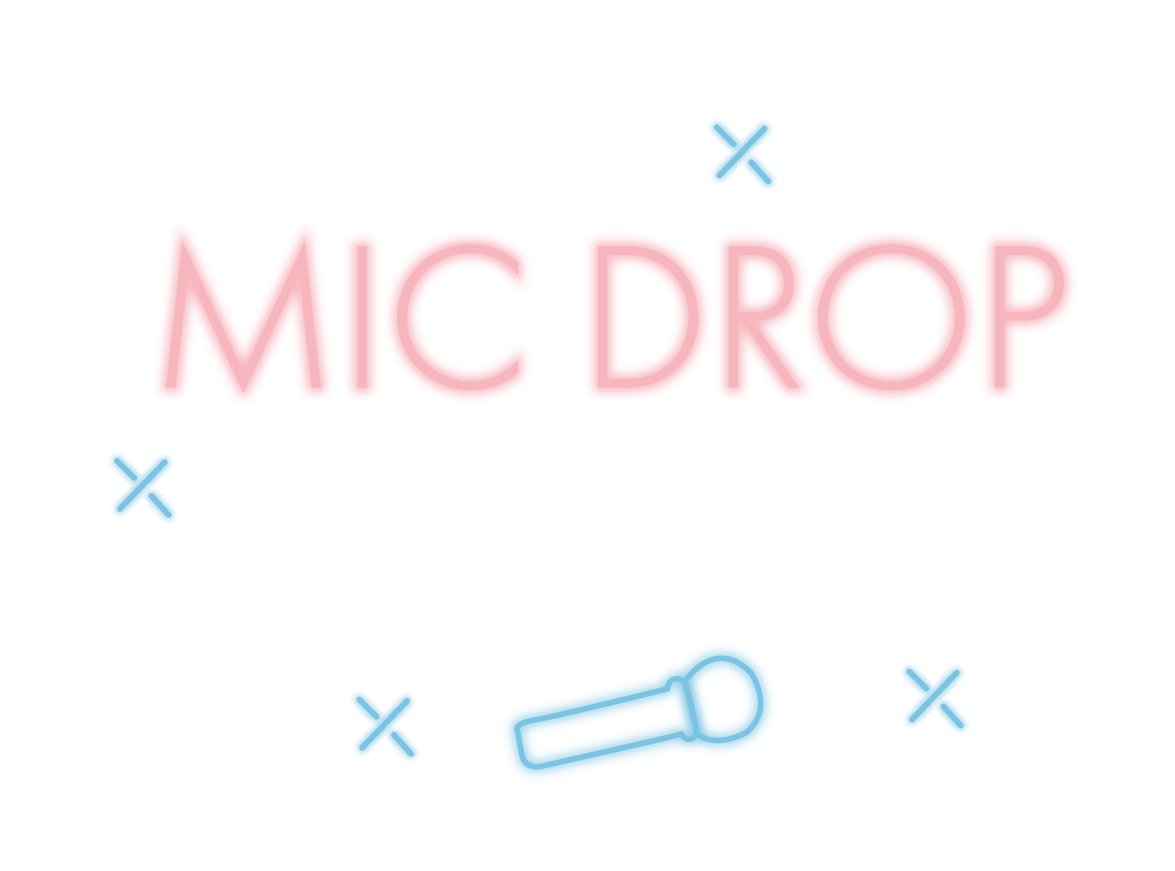 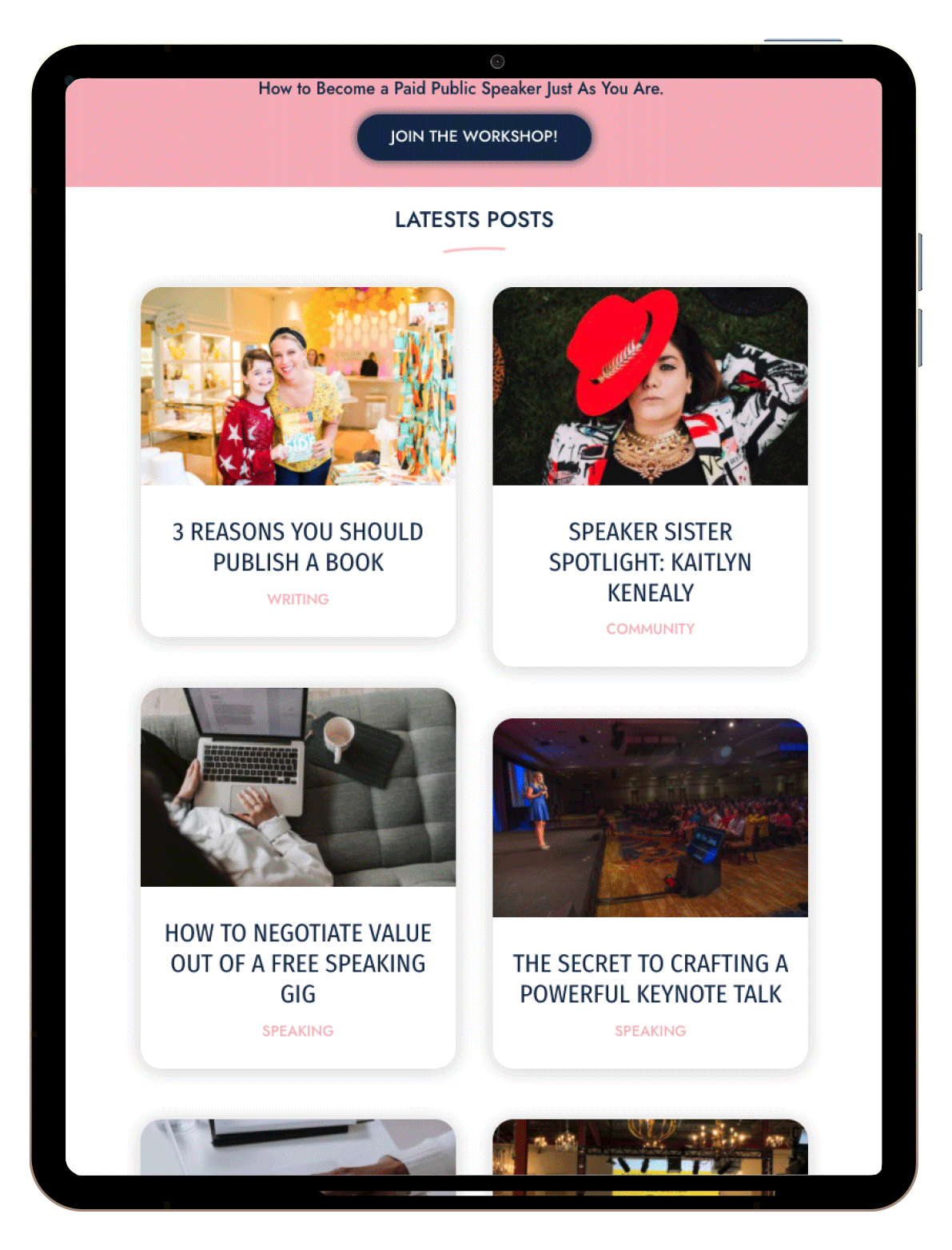 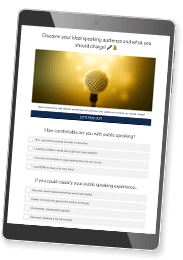 Take Our Quiz: "Discover Your Speaking Audience and What You Should Charge"

Take our quiz to discover your speaking audience and what you should charge.

Thanks for submitting your information – onto the quiz! 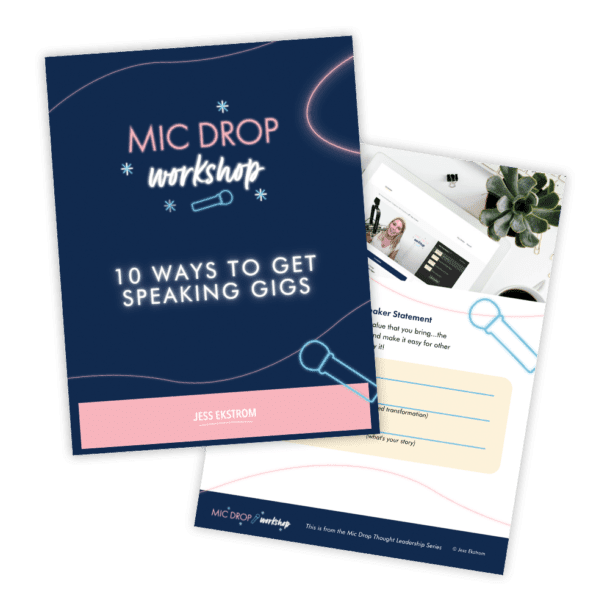 Thanks for submitting your information – here's your pdf!

Email Templates to Inquire About Diversity in an Event Lineup

Join our email list to receive these FREE email templates

Thanks! On to your email templates!